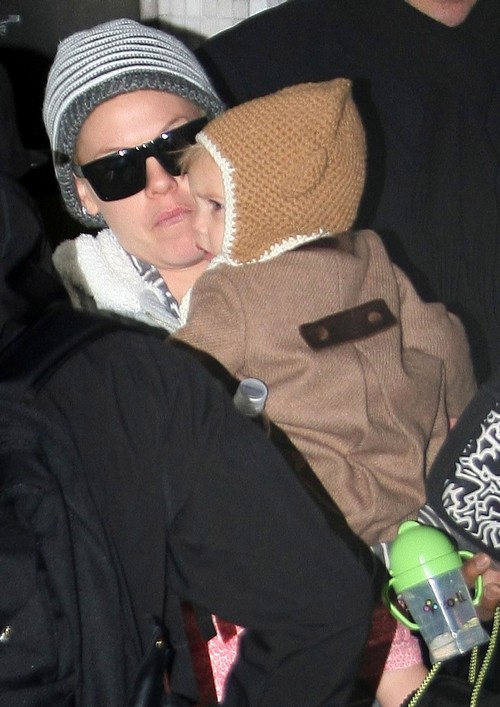 Pink and Willow dressed for the cold with warm winter jackets and hats.  Pink of course wore the mandatory celeb dark sunglasses. Although Pink loves being the rock star but she really loves being a Mom.  She has described her daughter as, “my angel, my purpose, my biggest blessing.”

Willow’s daddy is Pink’s husband, professional motocross racer Carey Hart.  The two married in Costa Rica on January 7th, 2006, they split up in 2008 and then got back together in February 2010 and announced the following November that they were expecting their first child.

Pink is in London promoting her sixth studio album, The Truth About Love which was released in September 2012.   She appeared on the X Factor UK to perform her new single “Try” at the results show, check out the video of her performance below.

Gwen Stefani: “I Have Learned to Delegate”