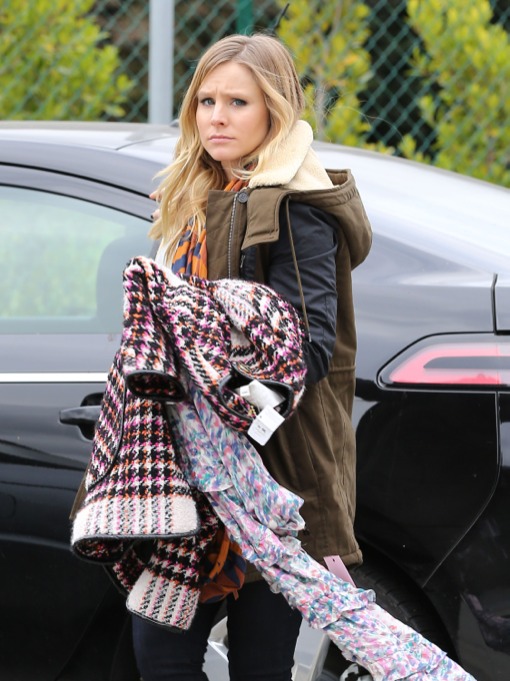 Kristen Bell was spotted out and about in Beverly Hills, Ca on Wednesday (Dec. 12).

She may be pregnant, but that doesn’t mean she has to show off her bump to the world. The actress  held a tweed jacket and printed outfit in front of her stomach, so the paparazzi couldn’t snap a picture of her bump.

At the beginning of November, it was revealed that Bell and her fiancé Dax Shepard were expecting their first child together.

“They’re so excited – they’re both ecstatic,” a friend told People. ‘They can’t wait to become parents.”

The couple who’ve vowed not to marry till same-sex marriage is legal in California have no problem having children before marriage.