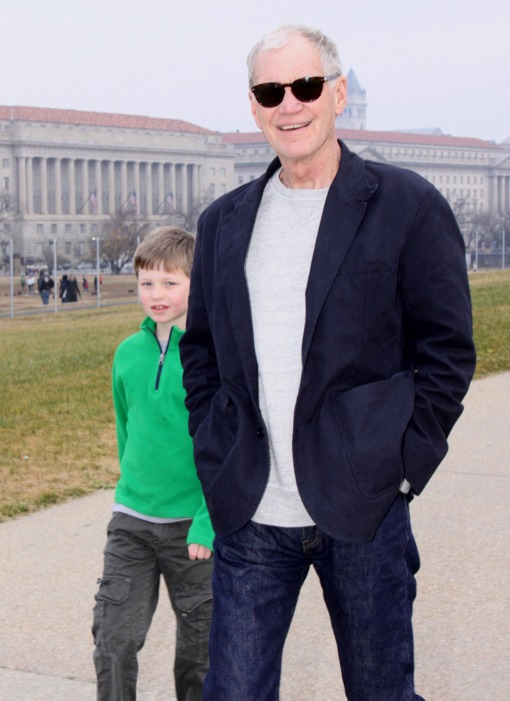 David Letterman and his son Harry spent a day sight seeing at the Washington Monument and the WWII Memorial in Washington D.C. on Sunday (Nov.2).

That night, the late-night host received this year’s Kennedy Center Honor among other recipients. The honor is the nation’s highest award for those who influenced American culture through the arts. receiptants

The recipients were later saluted by fellow performers at the Kennedy Center Opera House in a show to be broadcast Dec. 26 on CBS.

President Barack Obama was present for the event drew noted Letterman’s humble beginnings as an Indianapolis weatherman who once reported the city was being pelted by hail “the size of canned hams”.

“It’s one of the highlights of his career,” he said.

Jessica Alba & Honor Arrive In London For a Mommy-Daughter Vacation