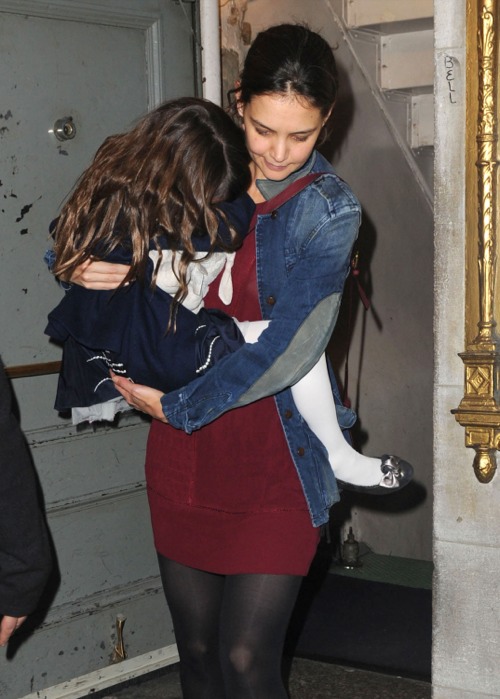 The actress was seen leaving the Music Box theater with Suri after finishing the matinee of her new Broadway comedy Dead Accounts on Saturday. The duo were headed to eat supper at a restaurant with a group friends. Suri wore a dress with a navy blue jacket while Holmes wore a red sweater dress and jean jacket.

The newly single mom plays Lorna a prickly dead-beat who has moved back in with her parents in Cincinnati following the collapse of her relationship in the comedy. In a interview with the New York Times, Holmes told:

“I’m like Lorna in that my values guide me in an instinctual way, like, ‘That feels weird’ or ‘I better send a thank you,’ “ she continued “You can easily fall into thinking, ‘Wow, I’m really something,’ “ she said. “But I believe in putting your head down and doing the work.”

This is Holmes’ second time staring in a Broadway play. She first made her debut in the revival of All My Sons in 2008.