Gisele Bundchen Can Hide Her Face, But Not Her Bump! 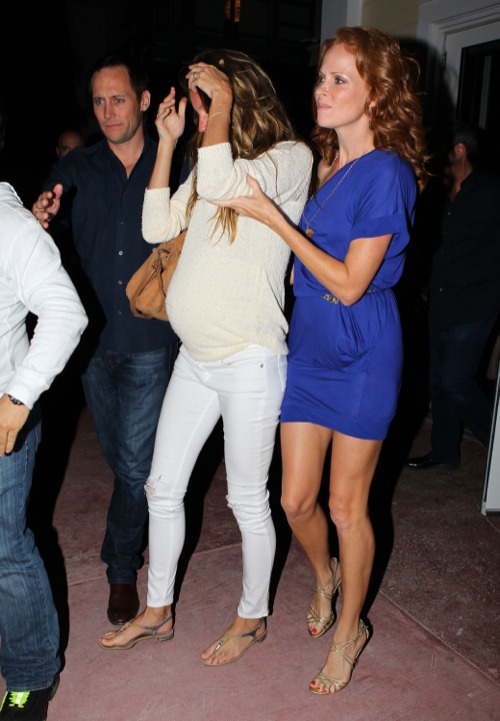 Gisele Bundchen was spotted out enjoying a night on the town with some gal pals on Saturday.

The pregnant supermodel who wore a pale sweater and white jeans was not in the mood to show her face, but her growing bump was out for all to see.

News broke in June that Bundchen was expecting her second child with husband Tom Brady.

“Yes, she is pregnant,” a source told, adding that the model was about “three months along” and “really happy.”

The expecting mom has kept mum on her second pregnancy, but in the past she openly stated that she wanted to expand her family.

“I want more kids for sure, but I don’t know when,” she told British Vogue in 2010. “For Benjamin, his big brother is his hero. Jack comes in and Benjamin has a big smile. He wants to follow him around. Anything he does, he’s just in awe of him, like, ‘Oh my God!'”

Bundchen is expected to give birth late this month or earlier December.

Snooki Poses With Her Little Meatball