Dax Shepard: My Mom Is Excited To Become a Grandmother 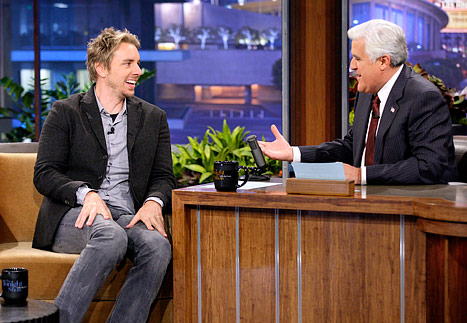 Dax Shepard has made his mom a happy woman!

The soon-to-be father who is expecting his first child with Fiancé Kristen Bell opened up about the happy news on the Tonight Show With Jay Leno on Nov. 5.

“It’s true,” the Parenthood star said. “My mom is probably the most excited. It’s an unhealthy thing — I don’t recommend it — but she has a Google alert on my name, so if I do anything, she finds out about it, basically.”

On Monday, Bell’s representative confirmed that her client was expecting.

“They’re so excited — they’re both ecstatic. They can’t wait to become parents,”a close friend of the couple told People.

The couple are expecting to become parents in late spring.