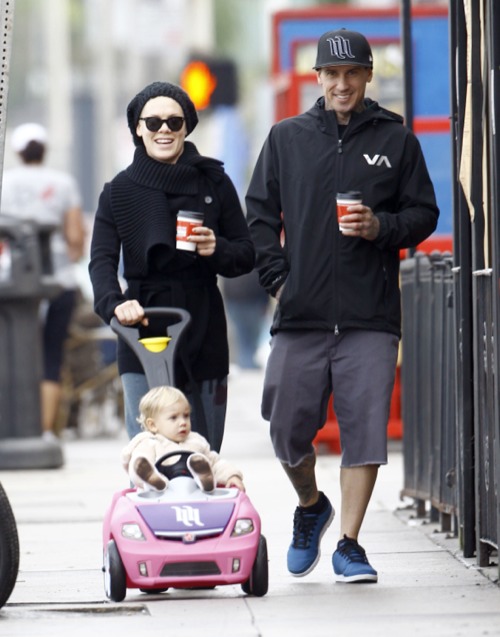 Pink and her husband Carey Hart took their 1-year-old daughter Willow for a stroll in style in Los Angeles, Ca on Saturday (Nov. 17).

Pink who was bundled up for the cool California day pushed the he tot in a pink car. Willow appeared to be enjoying herself as she sat with her legs up on the fake car dash.

The Truth About Love Singer  joked her daughter wouldn’t recognise her boobs if she saw one of her early music videos.

“Oh sweet baby Jesus – If I showed Willow my boobs from the PILL video she’d think they were someone else’s :/ hahaha YEP (sic)” she wrote on her Twitter account.

On Monday evening, Pink was a guest of honour at an event to pay tribute to women who have battled breast cancer.