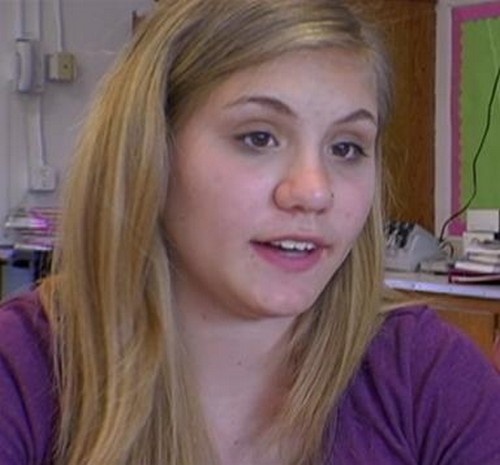 It looks like 16 and pregnant star, Jamie McKay has started a Twitter riot over some of her recent postings. The MTV reality star recently shared the news that she and baby daddy/boyfriend Ryan Elrath were going to have a second child, until she miscarried.  At least that was her story up until yesterday when she felt the overwhelming need to share the truth of her situation with not just her family, but the entire internet, via Twitter.

“Thank you all for the love and support but I want you to know I did not miscarry. I chose abortion. I chose it out of fear. I feel like I made a mistake and I can’t take it back.  I have had this in my heart and it has been very hard on me. I was afraid to be judged by my family, my mother, even my dad. So I did it before they could find out. I should have looked into my options more but I didn’t.”

I’m not exactly sure what to make of this. Could she feel so guilty about lying that she needed to simply tell the truth? Or is this news, that many would deem an over share, a way to get attention or generate publicity? Most definitely Jamie is a young girl that has no concept of just how heavy this topic is and the reaction that people will have to her confession. She sounds pretty overwhelmed by the choice that she made and needs support but like most of the other MTV reality stars, she probably needed counseling even before the network made her semi-famous.

After dealing with a multitude of tweets from enraged followers Jamie blurted out that she’s now on birth control and finally just blocked her most vicious haters. It’s nice that she’s on birth control now, after two teen pregnancies stemming from a volatile, unstable relationship.

Should Jamie have kept her mouth shut? Tell us your thoughts in the comments below!