Pink: I Was “Pretending” Before Becoming A Mom To Willow 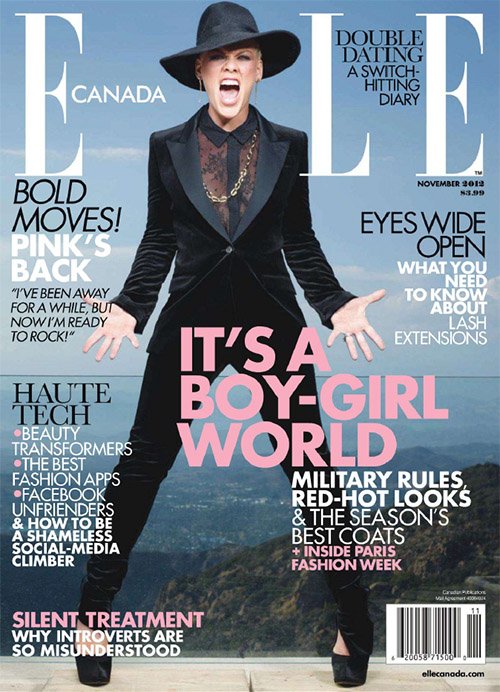 In the November issue of Elle Canada, the singer graces the cover in a Gucci suit while opening in an interview for the cover about her new album and life as a mother.

Pink admits that she feels like something was missing in her life before becoming a mother to her one-year-old daughter Willow Sage.

“When you have a child, you realize that you’ve been pretending – you’ve been acting in a play. Everything was tainted or compromised before. Now, before they can talk – or run away – it’s just, wow. Your heart just explodes. I feel more stronger – and more vulnerable – than ever before,” the proud mom tells.

Pink who is promoting The Truth About Love, her first album since giving birth admits the love she talks about on the album is not how people typically talk about love.

“It’s the opposite way that most people talk about love. It’s the psycho version!”

Be sure to pick up the magazine to read the full interview!