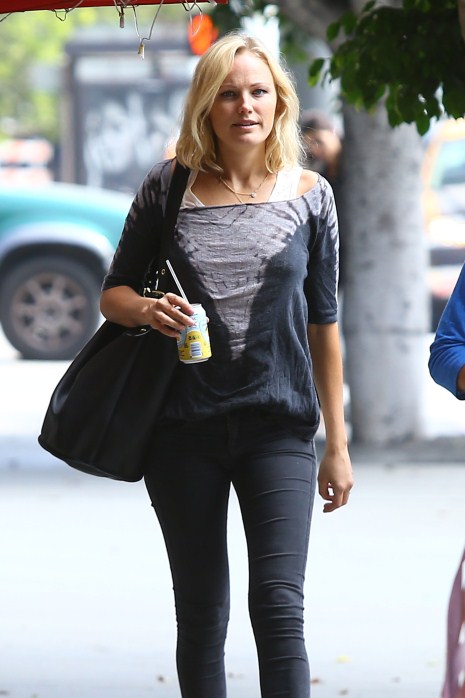 A pregnant Malin Aikerman took a stroll with her husband Roberto Zincone in Los Angeles, CA on Friday. The Rock of Ages showed no signs of a bump in black skinny jeans with a matching shirt and cute leopard booties.

It looks like the actress could be suffering from morning sickness. She sipped on a fizzy drink which is known to reduce nausea.

Aikerman announced she was expecting a little over a week ago.

“We took the goalie out of the net and said, ‘Let’s see what happens.’ Because you never know how long it’s going to take. We got lucky.”

The actress also admitted that she’s been craving,

“the most random things — fries and grilled cheese sandwiches, and everything that’s bad for you. But it tastes so good!”

What did you crave while pregnant?

Reese Witherspoon Is Doing Well After Birth Of Tennessee