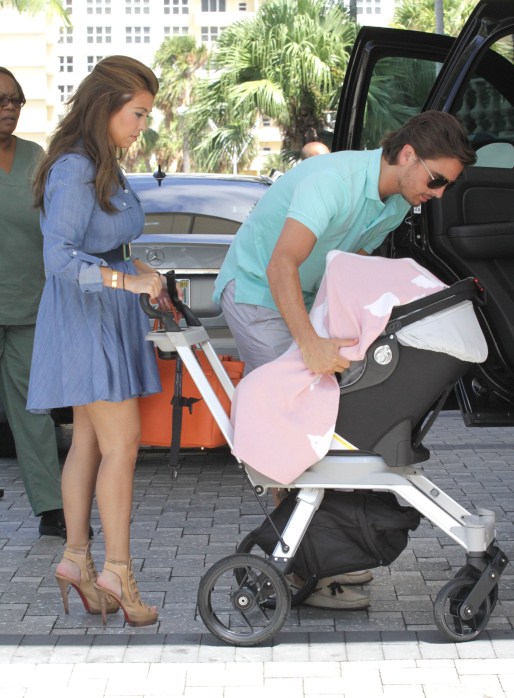 Kourtney Kardashian and her boyfriend Scott Disick spent the day with their three-month-old daughter Penelope in Miami, Fl on Friday.  The Keeping Up With The Kardashion‘s star wore a blue shirt dress with a denim belt that cinched at the waist and  lace up Louboutin heels as she exited a chauffeured in front of a hotel. Disick wore an aqua blue polo shirt, cream shorts and loafers while carrying Penelope in her Orbit Baby car seat.  Little Penelope was covered with a pink blanket as her dad attached her car seat to her stroller base.

Kourtney & her sister Kim took a break from filming their new spin-off show Kourtney & Kim Take Miami for  the last couple of days. Kim was spotted heading to Mexico for Cosmopolitan Magazine’s 40th Anniversary on Thursday.  She tweeted:

The trip was purely business. The reality star returned to my Miami the next day.

An Ode To Stay-at-Home Working Moms