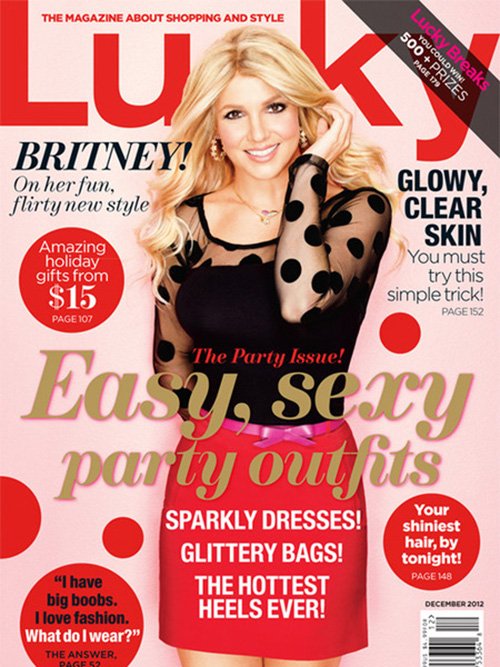 Britney Spears is a superhero!

In the December issue of Lucky Magazine, Britney Spears’s opens up about her two sons and her fiance Jason Trawick.

The X Factor judge admits her boys Sean Preston and Jayden James think of her as superhero rather than a superstar.

“They’re in the middle right now of trying to figure it out. They try to figure out where I go when I go to film X Factor. They’re like, ‘Mommy’s going off to be a superhero.’ and then I get back, and they just see me as Mommy. And then when I’m back working on the show, they say, ‘Oh, Mommy’s a superhero again!’”

When Spears is at home she insists she is low-key and relaxed.

“I work out. I swim. I play with the kids, I cook and I garden,” she adds of her down time. “We play Connect Four. We play Candy Land,” she said.

The Hold It Against Me singer claims that Trawick doesn’t mind she is so casual.

“He was sweet … he says he doesn’t mind that I sit around in sweats all the time,” she adds.

The issue with the full interview hits newsstands Nov. 6.