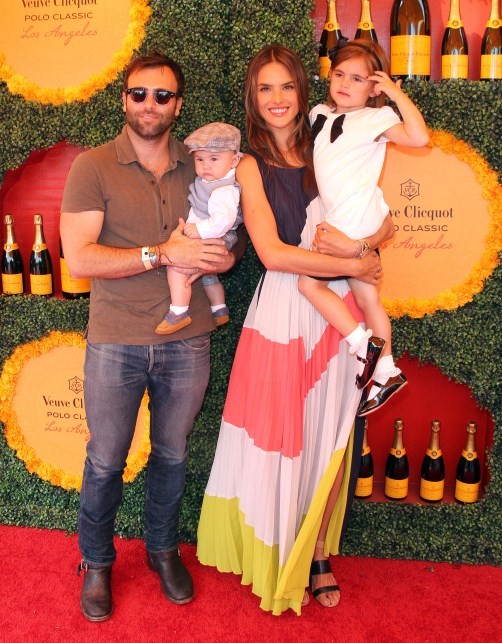 The supermodel admitted she tried not to gain to much weight while pregnant by continuing to stay active and eating healthy.

“This time I didn’t really gain a lot of weight,” she revealed. “I was actually trying to be as healthy as I could. The first time I gained a lot of weight and it was hard to lose it,” she told on the red carpet at Veuve Clicquot’s Polo Classic in Pacific Palisades on Saturday.

“Breastfeeding was really good [too], and running after my kids,” Ambrosio continued. “I love to do Pilates and SoulCycle and go on walks and surf at the beach.”

“She loves [being a big sister!]” Ambrosio exclaimed. “She is really the big entertainer in the house. She sings to him, jumps around him and he loves it. His eyes are all on her!”

“She loves Foster the People, they’re her favorite band,” Ambrosio told. “Also, Dolly Parton’s ‘Jolene.’ She can do ‘Jolene’ like nobody else,” she laughed.