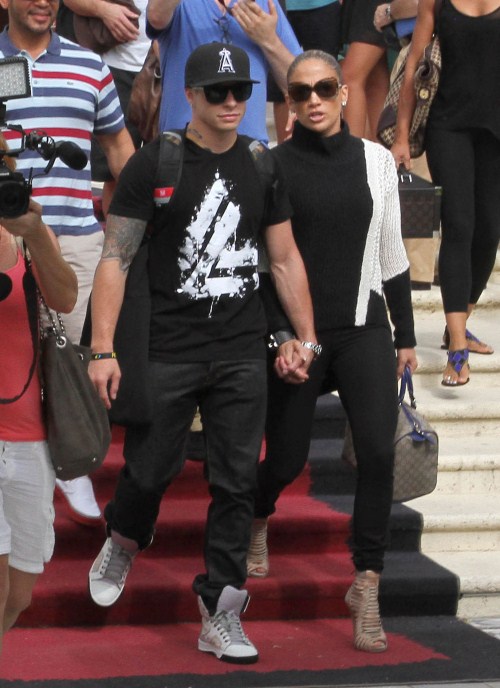 According to source, the backup dancer-turned-choreographer loves to spoil Lopez’s 4-year-old twins Max and Emme with ex Marc Anthony. While attending a XBOX 360 event, Casper made sure to score the twins lots of games.

“He was going on about how he loves playing with them,” says a witness.

“He’s madly in love with her,” the insider says of Smart, who will join Lopez on the European leg of her tour in October.

Adds the source, “It’s not just that she’s his lover, she’s also his best friend.”

Smart and Lopez first went public in Fall 2011, just a few months after her split from Anthony.
This story really sounds like it is right of the desk of Lopez’s PR team. Do you agree?