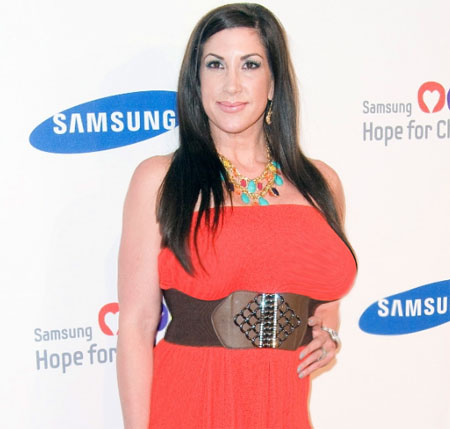 The Real Housewive’s of New Jersey’s Jacqueline Laurito has far more serious things to worry about than her current feud with co-star, Teresa Giudice.  The reality television star has spent the last year and a half dealing with the fact that her 3 year old son, Nicholas, is autistic.  She and husband Chris struggled to have their son and were devastated when at about 18 months old the boy’s development began to backslide.

His vocabulary wasn’t as it should have been and he didn’t seem to recognize people when they came into the same room as him.  The Laurito’s have decided to finally come forward to share their story in the new issue of People Magazine, in hopes that it can provide a bit of support for other parents going through the same kind of struggle.

“I worry about him being independent when he’s older,” admits Jacqueline, who is also mom to Ashlee, 21, and C.J., 10. “I spend all my time researching what we can do for him.”  Adds her husband Chris: “You never want to think that your child isn’t perfectly healthy. We didn’t want to believe it was true.”

I tend to think that Jacqueline IS telling her story to try and help others, unlike Teresa who sells information to make money.  The Laurito’s know that millions of kids are autistic and that this topic is relatable to many parents. They also dealt with it privately for the last year, filming the show without letting on to viewers what was happening behind the scenes.

Do you think it’s good for them to open up or should they keep this a private family situation?  Tell us your thoughts in the comments section below.

Lunch Packing Tips: Healthy Fuel for Back To School