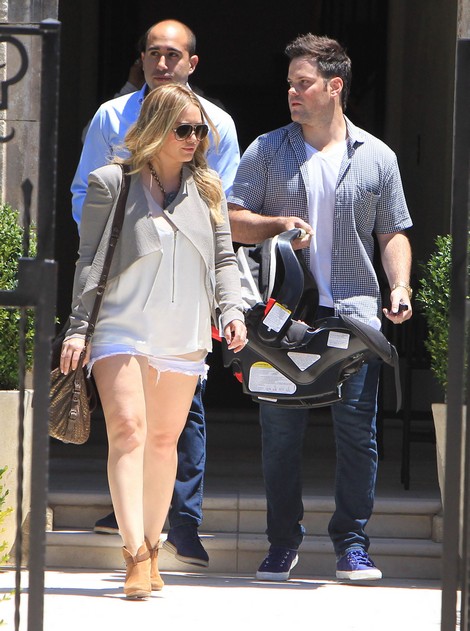 The last couple of years Hilary Duff has chosen to focus on her personal life rather than her successful career.  Husband/hockey player, Mike Comrie and new son Luca were the child stars’ only priority until now.  This week Hilary dropped the news that she’s ready to juggle motherhood with work and will be heading back to the television grind.

Hilary shot to fame back in the 90’s on the hit show Lizzie Maguire and then moved on to film work and a pretty successful recording career.  She took a break from the business but is back with what looks to be a pretty sweet development deal with 20th Century Fox.  The studio must develop a half-hour episodic sitcom for the new mom but if it falls through Fox can cast her in another drama or comedy.  Sounds like it’ll be a win/win situation for Hilary.

Were you a Lizzie Maguire fan?  Do you think you’ll tune in to see Hilary in her new project?  Do you like the fact that she’s ready to balance her family with work like so many of us end up doing?  Tell us your thoughts in the comments below!

Jennifer Lopez Talks About Being A Parent