Suri Cruise All Smiles As She Spends Day At The Zoo 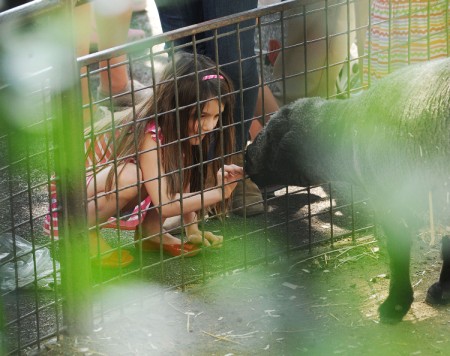 Katie Holmes continued her campaign to cheer up her daughter by taking her mother Kathleen Holmes and Suri Cruise to the Central Park Zoo yesterday. All three generation of Holmes women appeared to enjoy themselves as Suri got to get down with the animals and forget about the paparazzi that have been hounding her lately. The image of Katie fixing her daughter’s hair is in sharp contrast to reports that she masterminded the divorce from Tom Cruise with stealth-like movements. News outlets are saying Katie used a second phone to keep Tom off her trail and even contacted Nicole Kidman for help. Katie looks much more relaxed lately now that her 007 operations are over. Hopefully the outings are working and Suri is beginning to settle in to her new life. Do you think Katie is doing the right thing but keeping Suri constantly busy?

Madonna Leads Her Kids To Next Tour Stop, Gives Out Advice On The Way