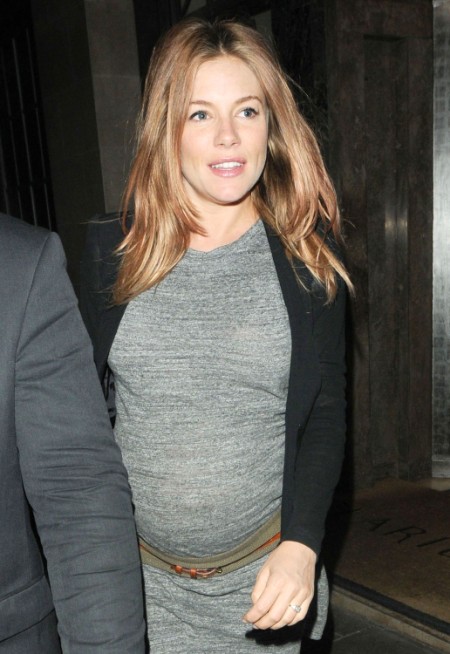 Sienna Miller and fiance Tom Sturridge welcomed a baby girl over the weekend in London. The pair who have been dating for over a year are remaining mum on the little bundle of joy’s name for the moment. The actress is known for her volatile relationship with fellow British actor Jude Law and tried to stay quiet about the baby as much possible but did end up spilling the beans to British Vogue last April. She said, “Even though I’m under strict instructions not to say anything as it would completely defeat the point of everything I’ve tried to achieve in the last eight years. I’m feeling fine…It’s all progressing nicely and it’s very exciting.”

Congrats to the happy couple! I have a feeling this little tyke is going to battle Harper Beckham for most stylish celebrity kid, don’t you?