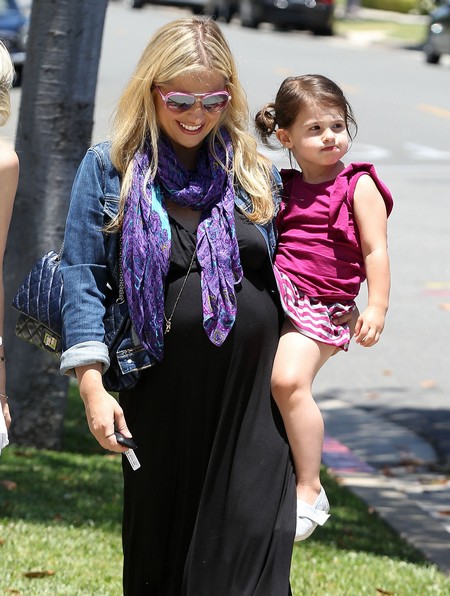 The happy couple Sarah Michelle Gellar and Freddie Prinze Jr has been married for almost 10 years now, and are parents to a gorgeous toddler, Charlotte Grace.  Back in April SMG announced that she and her hubby were expecting again – and they’ve now confirmed it’s a boy!!

According to a source: “Sarah was secretly hoping for a boy. She realizes this will most likely be the last baby she has, so she’s so happy she’ll have the experience of raising one of each,”

The same source also admitted that Freddie is thrilled to be having a boy.

“Freddie is incredibly pumped it’s a boy. He can’t wait to coach him in sports when he’s older,”

Sarah and Freddie met each other while filming the 1997 horror film I Know What You Did Last Summer, only to begin dating 3 years later.  They sealed the deal and made it official on September 1st 2002 in Mexico and welcomed their daughter in September 2009.  I have to admire the Hollywood couple for taking their time, not rushing into marriage and having children. It doesn’t happen often, but whatever this couple is doing, they seem to be doing it right.  And they still look happy in love!

So will they fight over who get’s to stay home and take care of their expanding brood?  Sarah admitted after having Charlotte her and Freddie fought over who got to stay home.  Well, with a cute daughter like Charlotte, I can certainly see why!