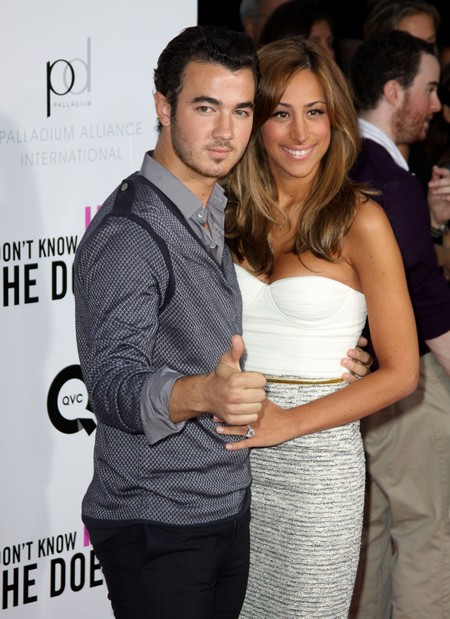 Kevin Jonas and Danielle Deleasa married almost three years ago. He is (was?) a member of the Jonas Brothers, one of the most popular boy groups of recent times. They faded and One Direction took over. Don’t fret popular boy band member, because babies and reality television make up for the lack of any new material!

Kevin says in a clip of their upcoming reality television series, Married to Jonas (Ryan Seacrest at the helm again), “People are like, ‘All right guys, what’s your plan? When are you going to have those grandkids?’”

Danielle’s mother also wants them to have a child soon. She says, with a laugh, “My mom wants a grandkid bad. It’s getting boring now.” Jonas adds, “I’m starting to feel that pressure a little bit.”

Why don’t you just get to it people? Why wait? Just get in there and make little babies with Jonas hair and mediocre screaming! Maybe your kids could form a band called The New Jonas Brothers? See it as homage to that horrible mixture of New Kids on the Block and Backstreet Boys reboot! Luckily your babies won’t be stuck with horrible lyrics and chest thumping music videos, because babies don’t do that, they just lie there, in waiting for their pacifiers, like predators on a National Geographic show.

The show will premiere on August 19th on E! and it has been described as “what life would be like for a young bride entering the excitement, and sometimes chaos, of a pop star’s life.”