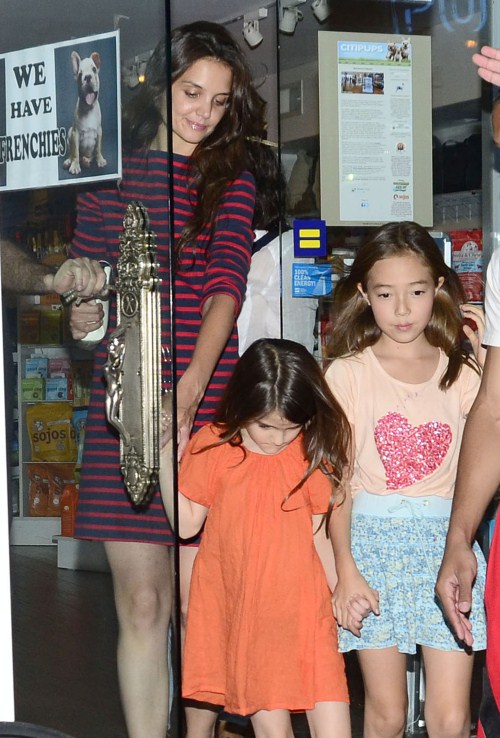 Katie Holmes has enrolled six-year-old daughter, Suri Cruise at the prestigious Convent of the Sacred Heart all-girls school in New York City, according to The Los Angeles Times.

The school has previously been attended by the likes of Lady Gaga, Jordana Brewster, Nicky Hilton, Caroline Kennedy and the late Gloria Morgan Vanderbilt.

Tuition at Convent of the Sacred Heart costs $38,000 a year.

Suri who was previously homeschooled will be required to attend Catholic mass every Thursday.

Meanwhile, Suri has been spending more time with children her own age.  On Saturday, Holmes took Suri and a friend to a pet store to look at some puppies in New York City.

Best Baby Item I Ever Bought