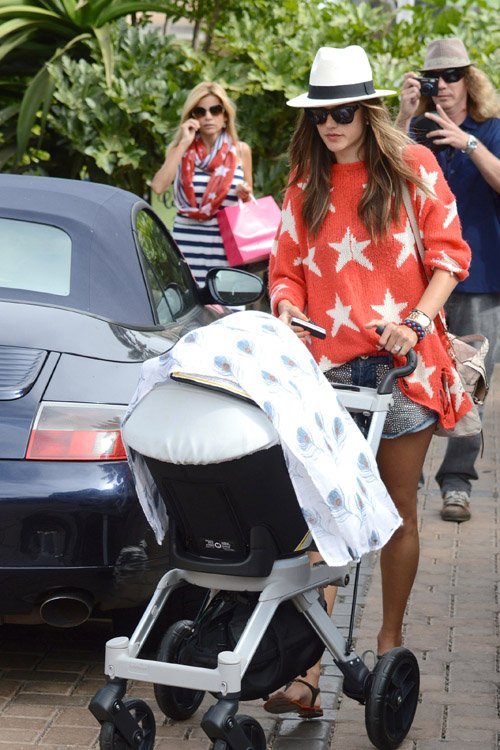 Alessandra Ambrosio enjoyed Independence Day with her husband Jamie Mazur their three-year-old dauguter Anja and two-month old baby Noah in Malibu, Ca. This was first public outing for Noah who was pushed in his stroller by Ambrosio and later carried by Mazur at the Malibu farmer’s market.

The supermodel has been open about getting back to her workout regime after the birth of her son Noah, tweeting pictures of herself climbing the notorious Santa Monica stairs, and being photographed coming out of gym and yoga classes. She said earlier this year that she wanted to get back to her tiny 34-25-34 size in time for the Victoria’s Secret London store.