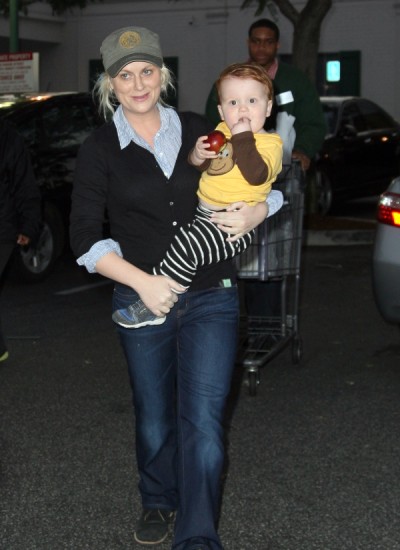 Archie Arnett may be three years old but he’s asking the kinds of questions that mom, Amy Poehler, is raising an eyebrow to. The Parks and Recreation star recently told David Letterman her oldest son is “turning into a possessive husband.” Poehler gave a funny example on her recent visit to The Late Show with David Letterman show.

Poehler and fellow comedian husband, Will Arnett, also have another son, Abel, who’s 20 months old. Poehler went on to gush about her “little giants”.

“I used to see new mothers walking around with their newborns in slings, buying organic coffee with their baby in their pocket. My guys were like 25 pounds in a month. They’re going to be as tall as me by the time they’re in fifth grade.”

Vanessa Minnillo Lachey wishes she could share more with Nick