Kardashian Nanny ‘Tells The Truth’ About The Family 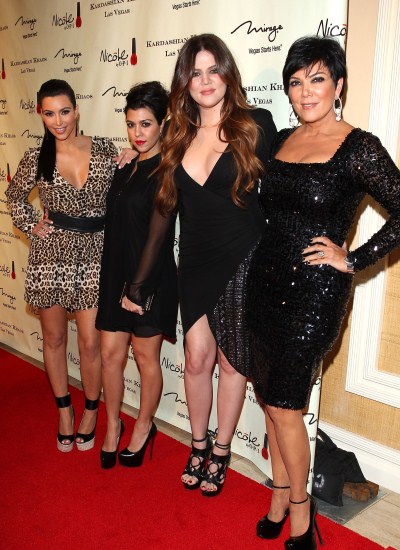 If you’ve heard of the “Kardashians”, you know that this is a family is filled with spoiled children! From their tantrums and outbursts on their various reality shows, to Kim’s ridiculous fake wedding, we’ve definitely seen this family at their worst.

Like most celebrity kids, the Kardashian children had a private nanny and theirs was Pam Behan, who was hired by Kris Jenner in July 1988. The former nanny watched the Kardashian children grow into the mega reality stars that they are today. In a surprise turn of events, Behan has announced that she is writing a memoir about caring for the children and promises she will be telling “the truth”, here’s what she recently told Entertainment Tonight: “I would say they were definitely spoiled, any kid that grows up in Malibu or Beverly Hills is spoiled, but that doesn’t mean they were naughty or bad. They never disrespected me.” Behan goes on to say: “It’s going to be funny, crazy, zany, upbeat, positive stories and there will be no bashing and it’s not a “tell all.”

TMZ were the first ones to break the story about Behan shopping around to book agents and since she has yet to find one, more than two months later, I am left wondering how interested people really are in this Kardashian “memoir”.

Oddly enough, Behan’s story has changed since she first announced her plans to write the memoir to TMZ.

She recently told Entertainment Tonight that the kids never disrespected her, yet she told TMZ last December that Brandon and Brody Jenner were spoiled and disrespectful and things got so bad that she actually slapped Brandon and almost got fired as a result! Wow, if that were our nanny, she would most definitely had been fired and I would have seriously questioned her ability to care for our children.

ET reports that Behan is looking to stay on the family’s good side now and plans on showing the manuscript to the family to make sure she has their approval. Maybe this is the reason for the change in her story? Or maybe she got a call from somebody’s lawyer?

While Behan claims to “love” the family, what she is doing now is a huge breach of morality and ethics. I don’t think it is love to make money off of the Kardashian children’s spoiled antics when they were young. Although, I have no doubt that these kids were indeed spoiled, but they weren’t the first children to grow up that way and I hardly doubt they will be the last.

Monica Potter On TV Shows And Movies For Children