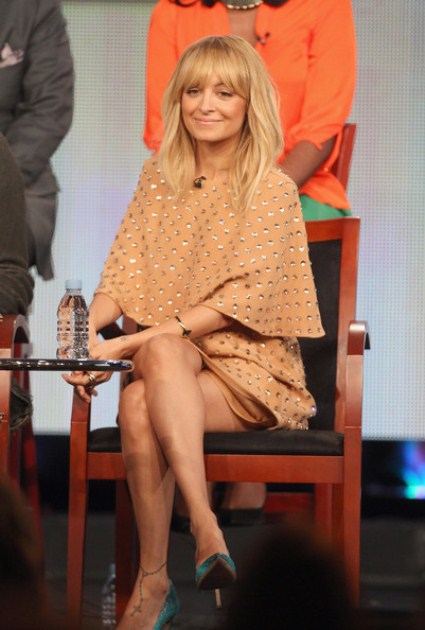 Nicole Richie is always being asked when she’s going to have another baby. The former wild child has settled down in recent years and has a daughter – Harlow Winter Kate Richie Madden – and son Sparrow James Midnight Madden. But she says any more additions to her family with Good Charlotte rocker Joel Madden aren’t happening in the near future.

The 30 year old has told Closer magazine she’s busy enough at the moment without adding pregnancy to the mix  ‘I’m not ready for baby number three – it’s not something I’m discussing with Joel at the moment, but maybe we’ll have another child sometime in the future. It’s a full time job taking care of two children but they mean everything to me. It’s hard to balance being a full-time mom and having a career, but somehow you manage‘

Nicole’s daughter Harlow is now four and Sparrow is two. For the next couple of months she’s taking on the role of  a single parent. Joel is working on the Australian version of The Voice so he’s based Down Under ‘Of course I really miss Joel when he’s away filming The Voice because we like to be a proper family unit. I will take the kids to see him in Sydney because it’s important for us to all be together.’ Nicole doesn’t want to contemplate child number three while the pair are living on different sides of the world.

Nicole is also a budding fashion and accessories designer. She has several lines including The House of Harlow 1960. She wants to establish the business a little more before taking time out to add to the family of four.

Julie Bowen Takes Her Boys To The Petting Zoo

Jesssica Alba Has Her Hands Full