Amanda Seyfried: “I Think About Kids All The Time.” 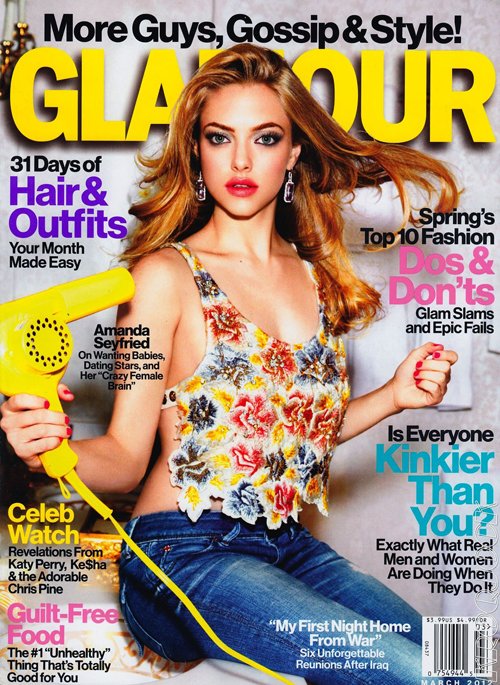 In an interview with Glamour Magazine’s March 2012 issue, Amanda Seyfried admits she wants kids and is considering having children with ex-boyfriend Dominic Cooper.

Seyfried explains that Cooper was her last boyfriend and the two are considering having children together if they don’t meet anyone else.

“He was my last real boyfriend. We still joke about having kids, like, ‘If it doesn’t work out with other people, we might as well just have a child.’ And there’s a part of that that feels…possible.”

Seyfried admits she thinks about having children a lot.

“I think about kids all the time. I feel like the next person I commit to, that’s going to be the guy who I’m going to have kids with. That’s in my crazy female brain. So that’s why I’m like, ‘I can’t commit.'”

Would you have children with an ex-boyfriend?