Tiffani Thiessen Opens Up About Motherhood 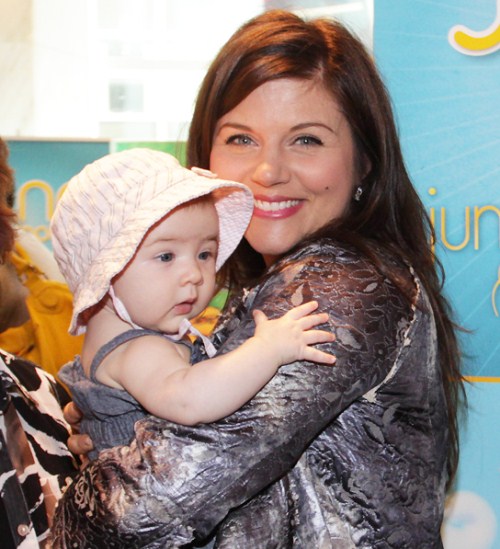 As a teen, Tiffani Thiessen was a household name with hit TV shows, Saved By the Bell and 90210. Now, at 37, Tiffani Thiessen is a mom to 19-month-old Harper and is staring in a new hit series, White Collar. In a interview with Parade Magazine, Thiessen opens up about her newly relaunched career and motherhood.

Thiessen reveals it is nice to be in a supporting role this time around because she is a mother now.

“I’m in more of a supporting role, which is nice right now, as a mom. And being older, I appreciate it more. I don’t think you understand what a job really is when you’re a teenager.”

“It’s my favorite day—productive but also kind of lazy. We’re up at 6 or 6:30 because our little one’s an early riser. We go to the park, then to the farmers’ market to get fruits and vegetables. Harper’s favorite is pears, and I’m a kale lover.”

Thiessen admits that motherhood has changed her.

“I’ve let a lot of my type A personality go. When you have a kid, the messiness doesn’t matter anymore.”

Thiessen is not to crazy about her daughter following in her footsteps.

“In a few years? “No.” [laughs] The business is ever-changing, and I don’t think it’s easy for any kid. Thank God I [survived]. Not every story is that way.”