Miranda Kerr Is A Mom With Wings 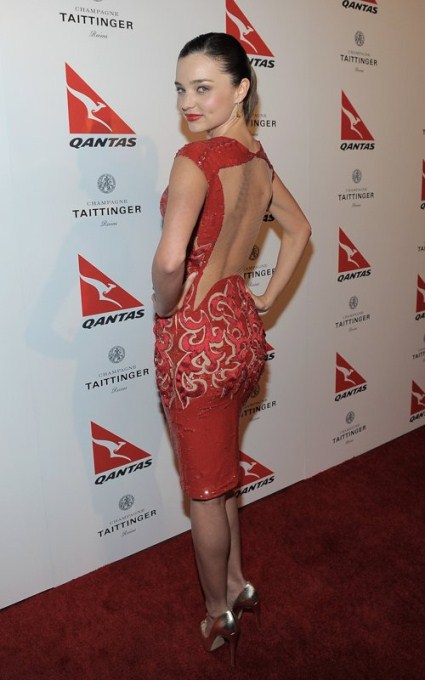 Miranda Kerr left her baby boy at home last night. The Supermodel was celebrating her new job! She’s been named Ambassador for the Aussie airline Qantas.

She joined fellow Qantas Ambassador John Travolta at the Roosevelt Hotel in Hollywood for a special cocktail party to officially announce the new partnership. It means the Victoria Secret’s favorite now has two sets of wings!

Miranda was born and bred Down Under and says it’s great to promote her home on the world stage ‘I grew up with Qantas which is such an iconic Australian brand. I’m proud of my Australian heritage and I’m so excited that I will now be able to represent Australia’s premium airline around the world’.

She’s been a jetsetter for more than a decade so reckons she’s well qualified for the gig ‘I travel frequently and from the moment I step on board a Qantas flight I feel at home. I always enjoy the wonderful service, fabulous food and stylish cabins’.

The new business venture means one thing –  she’ll be racking up the frequent flyer miles with husband actor Orlando Bloom and son Flynn Bloom between their bases in LA and New York and her native Sydney. Miranda already makes the trip home at least twice a year. She’s very close to her own Mom who lives in New South Wales.