The Jury Has Reached A Verdict In Amanda Knox Trial 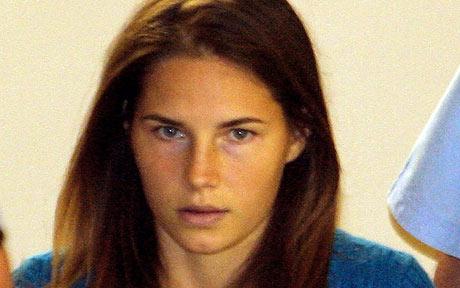 The jury has reached verdict in Amanda Knox appeal.   As a stunned Amanda collapsed in tears she was acquitted of all the charges.  Amanda will be released and she will be heading home.  All that is left is for Amanda to be processed and then she can head home.  She could be released in as little as hours!

Earlier today a tearful Amanda Knox made a dramatic 10-minute final plea for her freedom to the judge and jury in the court in Perugia.

‘In four years I have lost a friend in a brutal and unexplained way. My faith in the police has been betrayed.  ‘I have had to face accusations, injustice and suggestions without foundation and I am paying with my life for something that I did not do.

‘I am not what they say I am. I am not perverse, violent, disrespectful towards life, people, these things do not apply to me and I have not done the things that have been suggested.  ‘I did not kill, I did not rape, I did not steal. I was not there. I was not present at this crime.

‘I had never faced such tragedy, suffering, I didn’t know how to tackle it, how to interpret it.  ‘A person who I was sharing my life with, who had the bedroom next to me, she was killed in our house and if I was there that night I could have been killed.

‘Meredith was killed and I have always wanted justice for her. I am not fleeing from the truth and have never fled. I insist on the truth. I insist after four desperate years for our innocence because it is true. It deserves to be recognised.

‘I want to go home. I want to return to my life, I don’t want to be punished and deprived of my life, future for something I have not done because I am innocent, Raffaele is also innocent.

‘We deserve our freedom. We have never done anything not to deserve it.’