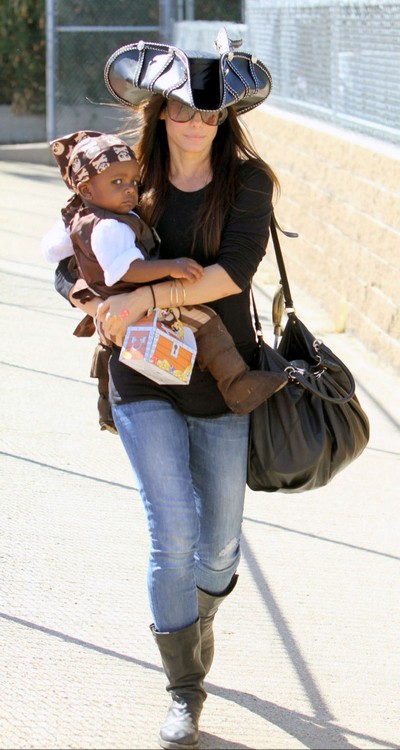 Speaking at the Los Angeles amfAR Inspiration Gala at the Chateau Marmont hotel where the work was auctioned last night (27.10.11), Sandra said: “I want to thank Kevin Huvane and Bryan Lourd for not being cheap f***s and gifting my son with his first Warhol.”

Speaking about the screen legend, who died at the age of 79 in March, Sandra said: “Earlier this year, the world lost a radiant woman of courage and compassion.  She lives on in every person she touched.

“She never thought twice to put her arm around someone who was suffering, and that is the gift we have a human beings, the ability to reach out and touch another human being. Tonight we can honor this extraordinary woman and finish what she started.”

Kate Gosselin’s Plans To Profit Off Her Kids