Reese Witherspoon Spends The Day Out With Deacon And His Friends 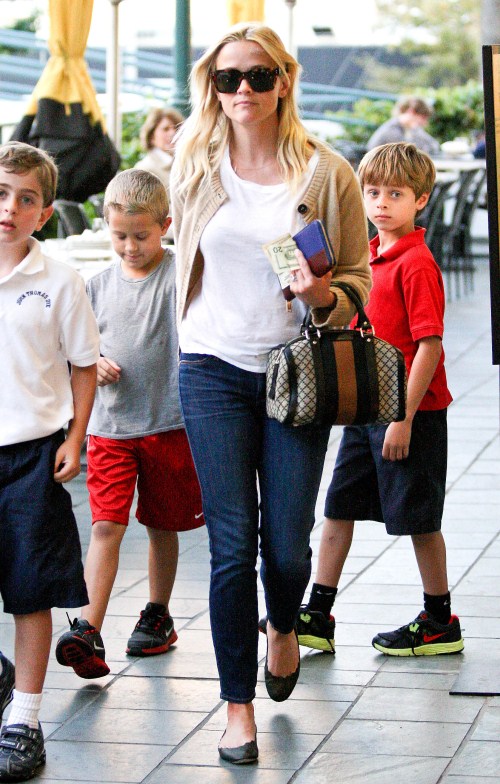 Witherspoon recently revealed that she was terrified of leaving her two children and  would often turn invitations to events down because she was worried about what might happen to her.

She said: “I used to not ever travel. I’ve gotten over so many phobias. Five years ago, I was terrified to travel. I was scared to leave my kids. It’s still not the best feeling.”

It’s a Boy! For Jennifer Garner and Ben Affleck

Orlando Bloom and Miranda Kerr Jet Off With Son Flynn