Can You Guess These Famous Singers From Their Baby Pictures? 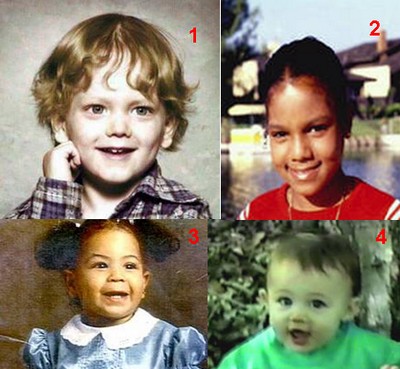 Can you identify these four adorable children from their baby pictures.  Music Celebrities, like you have never seen them before they were famous.  They are not easy to identify, so I have given you a few hints 😉

1) This adorable young boy was born in Missouri an American Rapper, record producer, songwriter and actor.

2) She is American recording artist and actress. Known for a series of sonically innovative, socially conscious and sexually provocative records, as well as elaborate stage shows, television and film roles, she has been a prominent figure in popular culture for over 25 years.

4) An American actress and pop singer-songwriter. She achieved wide fame for her role on a Disney show.

The answers under the jump………

Guess The Celeb Parents Of These Little Scooter Cuties?

Guess Who My Celeb Mom Is?