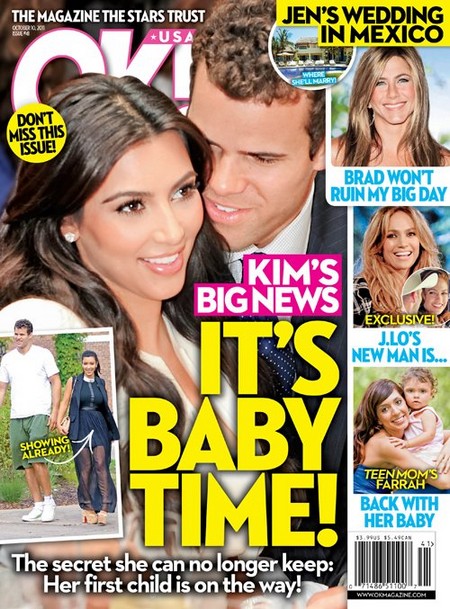 According to the new issue of OK Magazine, Kim Kardashian is expecting her first child.

“Kim said she’s late,” a pal tells. “She was supposed to get her period and didn’t.”

It’s a welcome development for the reality star.

“Kim always thought she’d have several kids by age 30, so in her mind she’s behind schedule.” says an insider.

In fact, says the source, Kim is doing tons of stuff that makes those around her wonder if she already has a secret. “Kim’s been going through all the K names,” says the insider. “She even has a baby-name book and looks up the meaning of each one.”