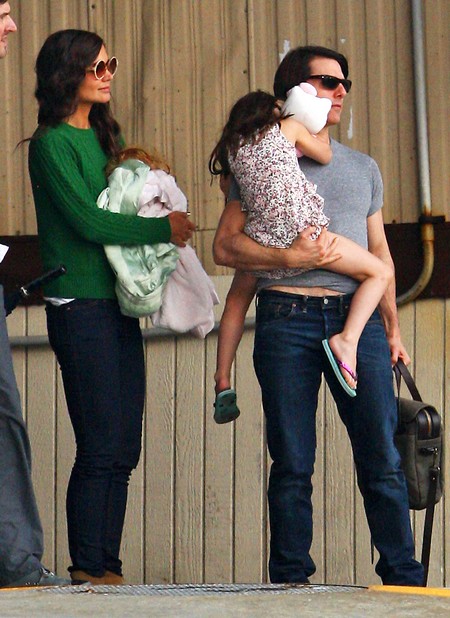 One of ‘Hollywood’s’ biggest star families, Tom Cruise, Katie Holmes, and their fashionista daughter Suri Cruise, were spotted heading to the heliport in New York, New York on August 9th, 2011. To protect herself from the rain, little Suri sheltered herself under a “Barbie” umbrella.

While in New York City, Tom and Katie hit the red carpet for her movie premiere of Don’t Be Afraid of the Dark. Suri stayed busy with gymnastics class, where she was decked out in an adorable pink leotard.

Jessica Alba and Jimmy Kimmel Go To A Birthing Class