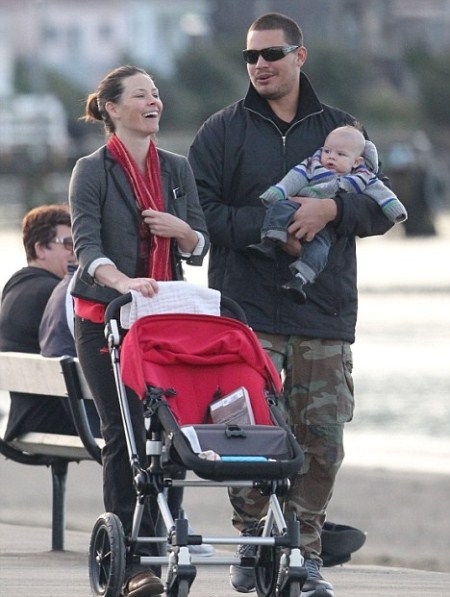 Evangeline Lilly was spotted in New Zealand with her three-month-old  son and boyfriend Norman Kali. The happy family strolled along the waterfront as Norman held their son. Lilly was all smiles and giggled throughout the stroll. The couple have yet to reveal the name of their son.

Lilly is currently in New Zealand to film The Hobbit. The movie also stars Martin Freeman, Elijah Wood, Orlando Bloom, Cate Blanchett, Andy Serkis and Ian McKellan. The first part of the movie is set to be released in late 2012.

Sarah Jessica Parker On Being A Working Mom

Evangeline Lilly: “My Son Is Wonderful. He Is Amazing!”