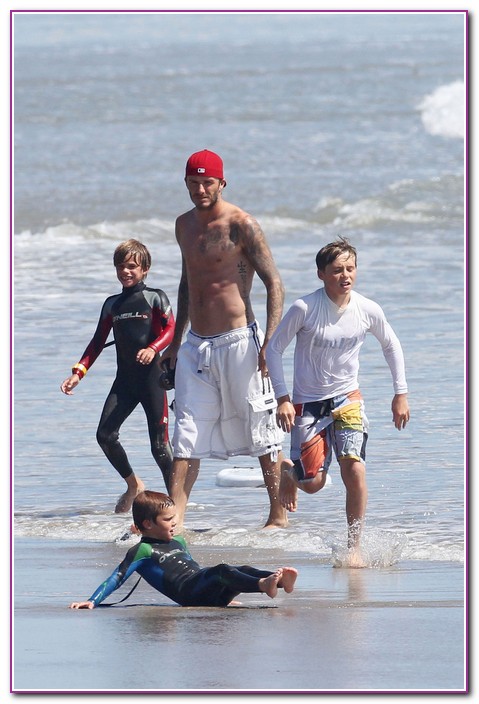 A shirtless David Beckham takes pictures of his sons Brooklyn, Romeo, and Cruz as they try skimboarding on the beach in Malibu.

David ‘s son Cruz takes a spill as he tries his hand at Skimboarding with his dad and brothers in Malibu. The LA Galaxy soccer star and his boys later caught some waves on their boogie boards.