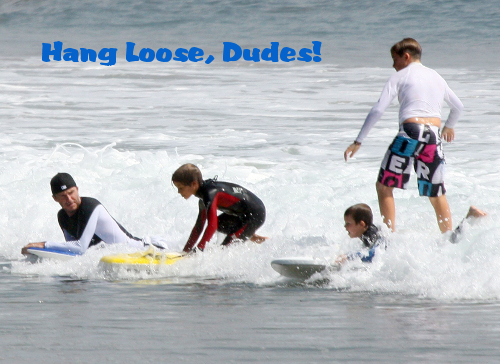 David Beckham, when not playing hardcore soccer for the L.A. Galaxy, is busy being a stellar dad. Yesterday, he and his three sons went out to a beach in Malibu to catch some wild waves. Brooklyn, Romeo, and Cruz all looked like they were naturals while standing/laying/boogie-ing on their boards. We know which parent they inherited the athletic gene from!

Let’s give them all props for heading out into the waters not long after Shark Week ended. Though, perhaps our fear of Hollywood-star-eating Great Whites is a ridiculous notion. I’m sure sharks don’t like the taste of Celebs all that much.

While the guys were out gettin’ their surf on, Victoria Beckham was at home relaxing with her new lil’ baby nugget, Harper. Aw, nothing like a special day of bonding and getting to know each other even better. Wonder if they did each other’s nails 🙂

What do you think of all that Beckham testosterone tearing up the Malibu beach? 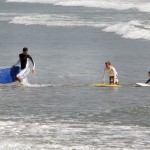 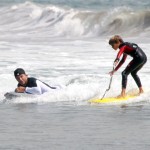 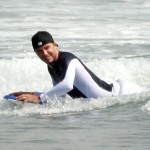 Shiloh Tells Off The Paparazzi