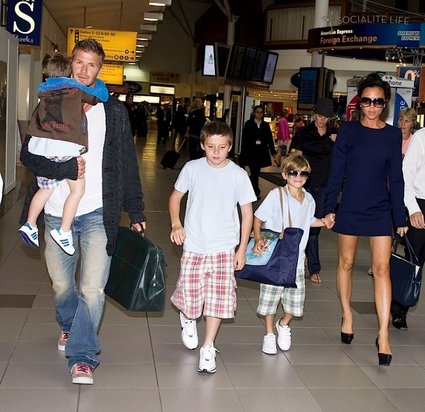 Victoria Beckham gave birth to her first daughter on Sunday morning, now the world is anxiously awaiting the baby name (a few photos would be nice, too). The couple decided to announce the name via Facebook.

“I am so proud and excited to announce the birth of our daughter Harper Seven Beckham,” David Beckham wrote. “She weighed a healthy 7lbs 10oz and arrived at 7:55 this morning, here in LA. Victoria is doing really well and her brothers are delighted to have a baby sister xx.”

Harper’s middle name is in reference to David’s old soccer jersey number when he played for Manchester United. The soccer star admits the family deliberated long and hard before they landed on Harper Seven.

“Romeo was like…What about Justine Bieber Beckham?” he laughed.

Harper is the fourth child in the Beckham family. What do you think of the name?