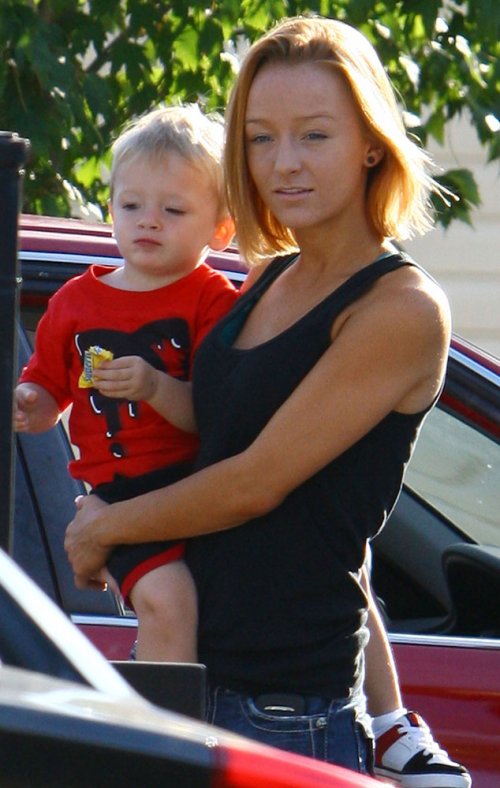 Maci Bookout AKA “a Teen Mom” has recently said that she doesn’t want her son growing up in the limelight — after being surrounded by cameras all his life (all two years of it), she doesn’t want that kind of life for him.

I don’t want to steal his childhood . . . I don’t know if being on TV in elementary school would be difficult for him. I want him to have a normal life.”

This sounds perfectly reasonable to me!

But she also recognizes the fact that the hit reality TV show has been a blessing in many ways.

“Without the show, I would’ve had to have a full-time job and be in school full-time and rarely ever get to spend time with Bentley. . . It’s been difficult, but it’s also been a big blessing.”

Godspeed, Maci! I commend you for sacrificing that $60,000 paycheck (per season of Teen Mom) for the betterment of your son’s future!

Jenna Fischer Is Expecting A Boy!