Jenna Elfman Happy to Be “Not Pregnant” 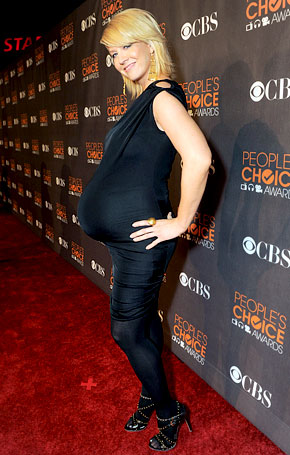 Over the last year, Elfman has been pregnant was pregnant with her second child and also played a pregnant woman on the CBS show Accidentally on Purpose. Now that both are over Elfman revealed she is happy to be expectant for  a while.

“It was nice to act not pregnant, frankly, because I had just done a whole season pregnant,” the actress told at the Friends With Benefits premiere Monday. “I was like, ‘I do not have a baby in my belly, let me go act. Please.’”

“When the opportunity came up to play Justin Timberlake‘s sister, I thought that would be a lot of fun,” she said. “I had also just had my second kid, and I was really looking forward to getting out of the house.”

Jessica Alba is Taking Her Time