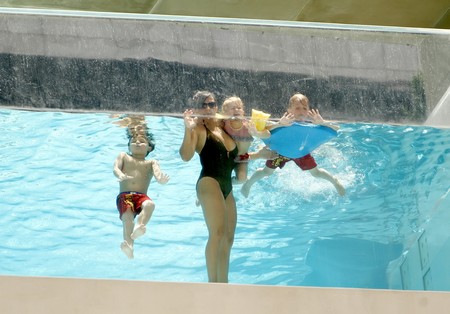 Grandmother Lynne, 56,  showed off her toned physique in a black one-piece swimsuit while frolicking with the three little ones on the rooftop deck. Britney, who was in town to perform a concert with her Femme Fatale tour on Tuesday (12Jul11), also took some time out from her singing duties to kick back and relax with the group.   Her boyfriend Jason Trawick and younger sister Jamie-Lynn Spears even joined in on the fun.

Why Doesn’t Suri Cruise Wear a Coat in Winter?