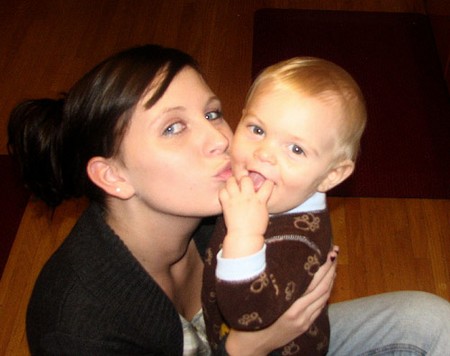 ’16 and Pregnant’ star Aubrey Wolters was arrested after she and a friend were caught shoplifting at her local Walmart while with her baby.  The MTV star became a wife and mother before she finished high school which doesn’t usually auger well for a happy future these days. Apparently unable to function as a responsible adult Aubrey just can’t seem to behave and is turning (or is that REturning) to crime and drugs.

A police report states that Aubrey stole $29.66 worth of cosmetics from the store but that is not the worst of it.  When police searched her purse they discovered drugs – Aubrey was in possession of Ritalin, the stimulant used to treat ADHD and narcolepsy, and the powerful painkiller OxyContin and she didn’t have a prescription for either of them. Both drugs are commonly used by teens (and others) to get high.

As police hauled Aubrey off to juvenile detention, her estranged husband and the poor baby’s daddy, Brandon Akerill, was called to come pick up their son.

Aubrey drew criticism after her appearance on the reality show because of her hard partying and explosive temper, even around her child.  Of course this type of horrible behavior on Aubrey’s part is exactly what MTV hopes for – too bad there is an innocent baby that has to be along for this disgusting ride. I would charge Aubrey and MTV with child abuse and suspend the show.

16 And Pregnant Star Arrested For Shoplifting