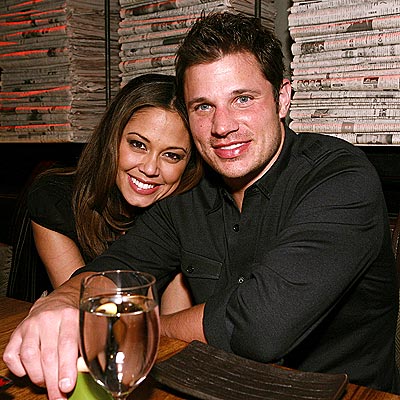 Vanessa Minnillo and Nick Lachey have been together for five years since he split with his ex-wife Jessica Simpson.  It took Vanessa that long to get Nick to the alter again after the painful breakup with Jessica.    Secret new according to the National Enquirer Vanessa has also convinced Nick to agree to her baby plans.

A source said, “Even Nick says it’s amazing how Vanessa can get him to come around to the things she wants in life – all it takes is a sexy wink or a sad puppy dog face and he’s putty in her hand.  They’ve been together for five years and he’s more in love than ever.”

It apparently was no easy feat to get him to agree but it looks like Vanessa and Nick will have a summer wedding and we may hear the pitter patter of little feet after!

Cindy Crawford and Her Beautiful Family