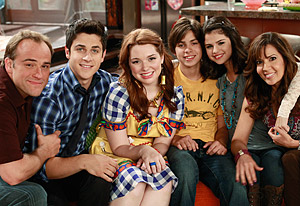 Today marks the last day of production for the Disney Channel Original Series Wizards of Waverly Place. This show is what launched Selena Gomez into the tween spotlight and made her a well-known name. Four seasons since the beginning, and numerous superstar boyfriends later (Nick Jonas, Taylor Lautner, and now Justin Bieber), Selena and the other cast members have to say goodbye to the well-loved show. Cast members include:

Are you or your kids going to miss this Disney Channel hit series?