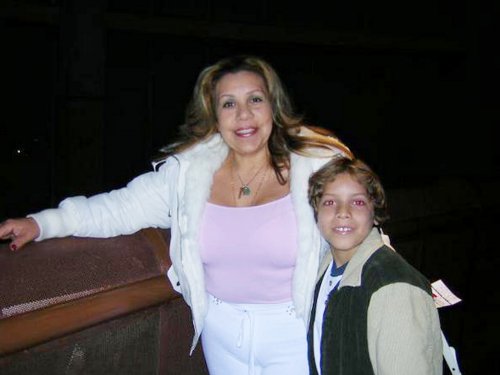 Mildred Patricia Baena (who goes by Patty) is the woman who was the former housekeeper for Arnold Shwarzenegger and also the mother of his child. Pictured above is Patty and the 13-year-old son of her and Arnold. The two would reportedly have unprotected sex during the day in the house of Arnold and Maria Shriver. Patty never spent the night and was never caught in the act.

Patty was reportedly treated well by Schwarzenegger and was paid about $1,200 a week, along with child support once Arnold found out about the child. Baena has now retired and lives in a 4 bedroom house with a pool. Her house is located several hours outside LA. Patty lives with the boy pictured above and her three other kids.

The boy shows striking resemblence to Arnold, and it’s a wonder how Maria didn’t question about the son’s father earlier.

Spy Kids 4: All the Time in the World