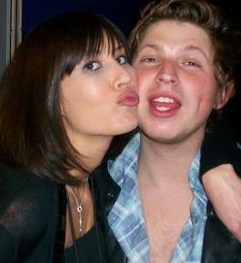 Matthew Followill, who is the guitarist and backup singer for Kings of Leon, is now a proud father for the first time. Followill and his wife, Johanna Bennet, welcomed their first child on April 22nd. The baby boy was named Knox Cameron Patrick Followill and was born on the same day that the band’s documentary “Talihina Sky” premiered in New York.

A spokesperson for the couple stated, “Mother, father and baby are happy and healthy and doing well!!”  The baby boy was born in Nashville, Tenn., and weighed 6 lbs., 10 oz.

Not only is Knox the couple’s, who married back in November 2009, first child, he is the first baby for any of the band members. The band consists of brothers Caleb, Nathan, Jared and cousin Matthew Followill. Nathan Followill, the band’s drummer, married singer Jessie Baylin in November 2009, the same time Matthew and Bennet married. Caleb Followill, who is the lead singer, is set to marry model Lily Aldridge sometime this year. The band will be hitting the road this spring to go on tour for their new album, Come Around Sundown.