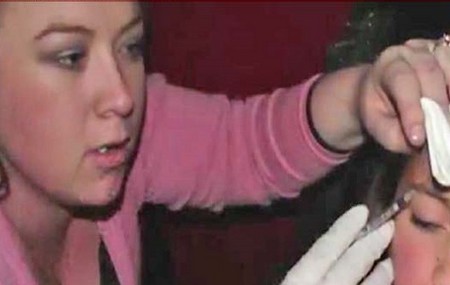 Kerry Campbell came into the spotlight after admitting that she gave her eight year old daughter Botox injections to help her prevent wrinkles and win beauty pageants. It has just been confirmed that her daughter Britney is in protective custody by Child Services.

TMZ has more,  Child Protective Services in San Francisco launched an investigation last week after Kerry Campbell went on “Good Morning America” and told the world she gave her daughter Britney the anti-wrinkle injections herself … to help her compete in beauty pageants.

This is what Child Services is really for, not the parent that smacks a bratty kid’s behind for being a brat in Wal-Mart.  Doesn’t this lady realize that what she was doing was illegal? I mean to announce something like that on national television; she has to be one of the biggest idiots on the planet. Hell Lindsay Lohan would be a better parent.

Is Marie Osmond Planning Another Baby?