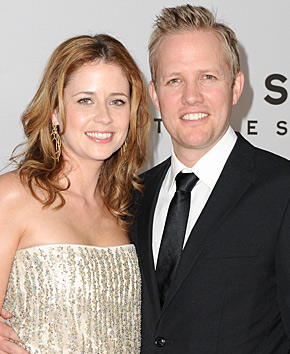 Jenna became a TV mother earlier this year. This drove her to want kids of her own.

“I already wanted kids, but even more so now. When Cecelia was 3 weeks old, Pam was on maternity leave, so I had a whole week off to spend with her. I took charge of the night feedings. It was so awesome: Every night at 9:30, I’d say, ‘You guys go to sleep now.’ I wanted CeCe all to myself. We really bonded.”

Jenna and her husband got married in July 2010. The wedding was officiated by none other than the host of Survivor, Jeff Probst.