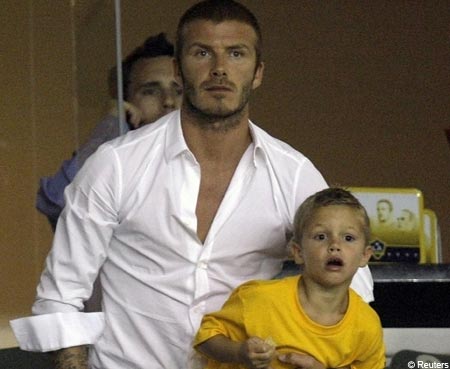 David Beckham and Victoria Beckham’s eight year old son Romeo want to name his new sister ‘Jusine Bieber Beckham’ after his idol Justin Bieber.   Victoria is pregnant with the couple’s fourth child and have confirmed that the baby will be a girl.

The Beckham boys are apparently big fans of Justin Bieber.  Apparently they met Justin after one of his concerts.

Shane Harper Gets One Step Closer To His Fans