William Baldwin Says ‘NO TV!’ In His Home 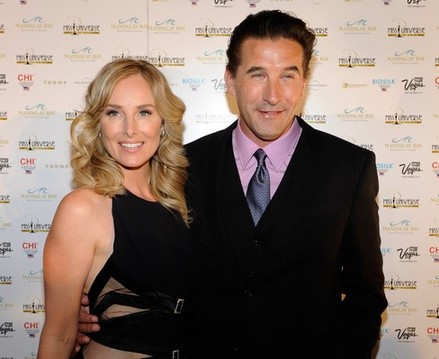 William Baldwin refuses to buy a TV for his home because of the “avalanche” of bad shows on the air makes it too difficult for him to monitor what his watch. William and his singer wife Chynna Phillips have managed to bring up their three young kids, ranging in age from six to 10, without having a TV around the house – and Baldwin insists on keeping it that way as long as possible.

He says, “I have monitors and we watch DVDs and stuff and download off of Netflix but I don’t have a television. “It’s sort of strange that I’m in the television business and I don’t have a television. There’s more good stuff happening on TV than in the history of TV but there’s like an avalanche of bad stuff and it’s tough to police, it’s a full time job. It just takes that one mistake…”

William obviously assumes that his little darlings have no friends with televisions – no computers with internet – and that they will never grow up and find out what the world is really like. Good luck William.